In our day to day lives, the Internet has become something we cannot live without. The Internet is one of the most wonderful inventions of mankind. It connects people, helps them communicate, and also acts as a great source of entertainment. With the internet, we now have access to things that were impossibly inaccessible before. It provides us with infinite knowledge and a platform for learning. Even if you are a dunce, you can be (or pretend to be) a pro, all because of this glorious human creation.
It often happens that we find ourselves in a need for, but without an easily available internet connection. By need, we mean an emergency which may result into loss of important work and wastage of time and valuable resources. You may have found yourself in a situation where you were sitting without an internet connection on your device while hundreds of password-protected Wi-fi connections are available.

At times like these, you may have caught yourself thinking, “Is there anyway, that I can use his wi-fi connection without him knowing? Oh, I wish I knew how to hack wifi.” 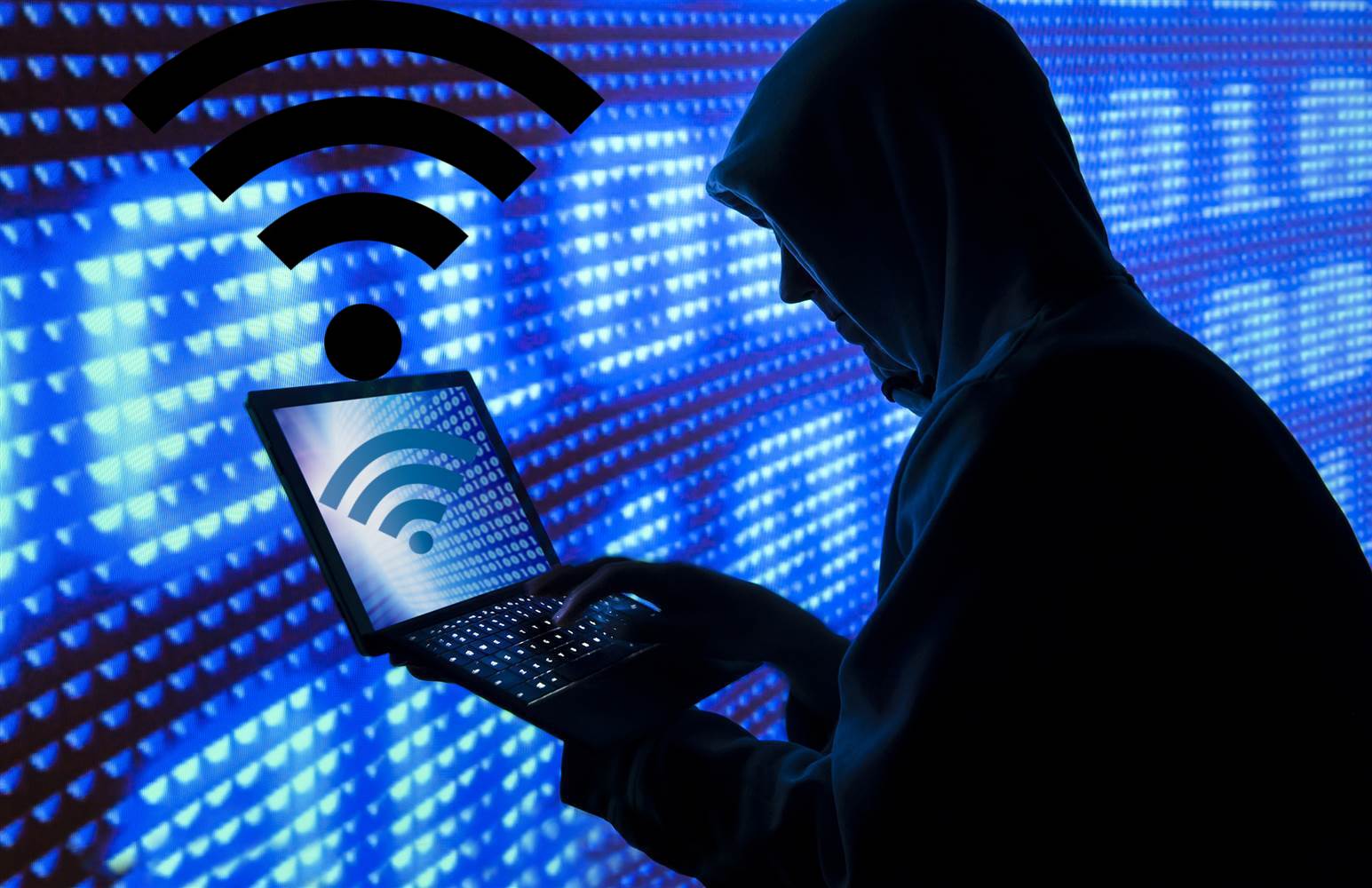 The knowledge of hacking a wi-fi is extremely useful, as it allows you to have an access to the internet wherever you go (provided, of course, that there is a wi-fi connection nearby.) So if you aren’t yet a pro at hacking a wi-fi, then you can now add this skill to your skillset.

What is Wi-fi Connection?

Before we learn how to hack wi-fi, let us do a slightly more in-depth analysis of the ins and outs of a wi-fi connection. A Wi-fi, as many of you may already know, stands for a “Wireless Fidelity”. It is, as the name suggests, a wireless connection that allows multiple smartphones, laptops, PCs to connect wirelessly to the internet within a particular area, with the use of radio waves.

A Wi-fi network can be established by a wireless router. A portable wi-fi hotspot can be made using a smartphone or a laptop. A Wi-fi connection is usually protected by a wireless security, to prevent unauthorized access.

The most common types of wireless security are Wired Equivalent Privacy or WEP, and Wi-Fi protected access or WPA. Let us know more about these types of securities.

However, before we get the answer and understand how to hack wifi, we need to have the correct specific tools for it. Here are the safest, easiest, and most popular tools you can use-

But it may not always be convenient for you if you don’t have the prerequisite software to hack a wi-fi and need internet access immediately. So here are a few useful Wi-fi hacking techniques you can use in such a situation-

Now that we are clear with the basics about how to hack wifi connection, so let’s have a look on how to hack a wifi password? This technique needs Kali Linux, so you can download the Kali Linux installation image (ISO) by doing the following:

1. Go to your Kali Linux computer’s Terminal. Click the Terminal app icon, which resembles a black box with a white “>_” on it.

3. Then enter the Aircrack-ng installation command. Type in the following command,

5. Now install Aircrack-ng and press Y when hinted, wait for the program to finish installing.

6. Turn on airmon-ng. Type in the following command,

7. You’ll find the monitor name in the “Interface” column. If you’re hacking your own network, then it will usually be named “wlan0”. But if you don’t see a monitor name, your Wi-Fi card doesn’t support monitoring.

8. You can do begin monitoring the network by typing in the following command

Check that you replace “wlan0” with the name of your target network if it’s different.

9. Set up a monitor mode interface. Enter the following command:

10. Remove any processes that return errors. In some cases, your Wi-Fi card will disturb with running services on your computer. You can remove them by typing the following command

11. Reexaine the monitor interface name. In most cases, the name will be something like “mon0“ or “wlan0mon”.

12. Direct your computer to analyze to nearby routers. To obtain a list of all routers in range, enter the following command:

13. Confirm that you replace “mon0” with whatever your monitor interface name was in the last step.

15. Check that the router is using WPA or WPA2 security. If you observe “WPA” or “WPA2” immediately to the left of the network’s name, you can continue or else, you cannot hack the network.

16. Monitor your selected network for a handshake. A “handshake” takes place when an item connects to a network (e.g., when your computer connects to a router).

17. Exit airodump-ng, then go the desktop. Press Ctrl+C to quit, then you will see the “.cap” file on your computer’s desktop.

18. Rename the “.cap” file as it will make it easier to work with later. Enter the following command to change the name, making sure to replace “name” with whatever you want to name the file:

19. Convert the “.cap” file into “.hccapx” format. You can do this by using Kali Linux’s converter. Enter the following command, making sure to change “name” with your file’s name:

20. You can also go to https://hashcat.net/cap2hccapx/ and put up the “.cap” file to the converter by clicking Choose File and selecting your file. Once the file is uploaded, click Convert to convert it and then download it back onto your desktop before proceeding.

21. Install naive-hashcat which will help you to crack the password. Enter the following commands in order:

22. Run naive-hashcat. Once it completes the installation, enter the following command (making sure to replace any instance of “name” with your “.cap” file’s name):

23. Wait for the network password to be cracked. Once the password is cracked, its string will be added to the “name.pot” file found in the “naive-hashcat” directory; the word or phrase after the last colon in the string is the password.

It can take anywhere from a few hours to a few months for the password to be cracked.

Now you know so much about how to hack into wifi, right?

There are some frequent questions that pop up when it comes to hacking a wifi, some they are:

Hacking into a Wi-fi is simple, but beginners tend to have problems understanding both the practical and the theory. Keeping that in mind, here are some frequently asked questions that might help you understand the basics of hacking. And not just hacking a wi-fi password, but hacking just about anything.

Is it really possible to hack a WiFi password with which I never connected it before in a device?

Yes, it’s definitely possible using a professional tool like kismet, airmon-ng, etc. Hackers use Kali Linux or parrot is to hack because it has many tools pre-installed.

What WiFi hacker apps are available for Android?

AndroDumpper, WPS CONNECT, WPS WPA Tester are the apps that can get you the password of WPS enabled WiFi. Root access may be required for the full features of the app. Works only 15–20℅ of time as it tries only the default WPS pins.

Which is the best WiFi hacker app?

You can not crack WiFi without any special method. If you know the WPS key of the router, you can easily retrieve the authentication key aka password from it using the android app WPS WPA Cracker. And you can still use brute force techniques but getting a pass by brute force is really slow and doesn’t give you a guarantee of cracking out the password. But still, if you want then you can check out ‘WEBR ‘.

What is a packet?
A packet is a basic unit of communication over a network which carries data in the protocols that the internet uses. A packet is also known as a datagram, a segment, cell, block or frame, depending on the protocol used for transmission of data. During the time of data transmission, it is broken down into similar structures of data, which are reassembled to the original data chunk upon reaching their destination.

Wi-Fi hacking is a fairly simple yet often overestimated task. Once you have the right knowledge and the right tools, it is a piece of cake. However, tempting as it may, hacking into someone else’s Wi-Fi is, if not illegal, unethical. It is the same as stealing because someone else is paying for your short-term pleasure. With that in mind, if your intentions are good and your need is urgent, there is no harm in using the techniques listed in this article. After all, ethical hacking does exist. So unleash your tech skills in the world and keep hacking away!