What to Do If Your Mac Runs Slow After Update?

As a rule of thumb, it is recommended to update your computer whenever a new operating system version becomes available. 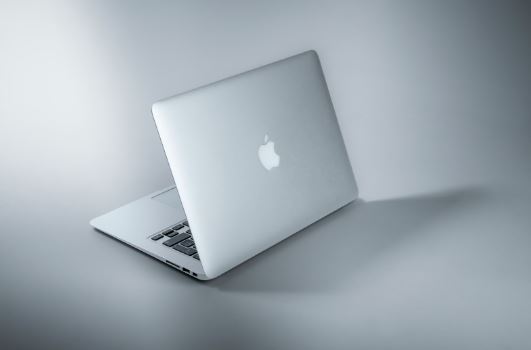 Having said that, there are cases when you notice the opposite of a performance improvement. For instance, all of a sudden, your Mac runs slow after the update. Would restoring the device to the prior macOS version be a solid choice in such a case? Possibly, but there might be more behind the issue at hand.

Let’s start with storage. After you update the operating system, it is to be expected that the files will be modified. Sure, it is going to be mostly system files, but you need to consider the fact that your MacBook has a plethora of other files.

According to this longread, storage issues are some of the most common behind sluggish computer performance, though the situation is a bit tricky when we are talking about a MacBook that just had its operating system updated.

It might seem like a stretch, but if a recent update affects some of the files in a bad way, you will need to fix that.

In such cases, you should use a cleanup utility tool that identifies broken files and fixes or deletes them from the system.

If the performance issue was not related to broken data, you will still not feel too bad about investing in a cleanup utility tool because of how useful it is to have one overall.

Poor system resource management could be another result of the latest update. MacBooks are not the best when it comes to hardware. As such, there is only so much memory, for instance, that a computer can dedicate to background processes.

The update system can be quite demanding, and you should not expect to get a lot done while it is running in the background, particularly if you have a relatively old MacBook model.

Now, if the sluggishness persists after you update and restart the computer, check Activity Monitor. It is possible that the update caused some redundant background processes to appear because it messed with the login items.

You can remove startup applications by clicking on the Apple Menu, going to System Preferences, and choosing Users & Groups. From here, select your account and click on the Login Items tab.

In the Login Items tab, you can remove startup apps by clicking the minus sign next to each one. Thus, if you see applications you do not want as part of the startup items, get rid of them.

Besides the startup items, keep a close eye on the Activity Monitor, and if you notice a process appearing in the background despite not seeing it in the startup list, you might need to check the system to remove it manually.

Minimizing redundant background processes is a good piece of advice to improve a computer’s performance. If the latest OS causes unnecessary apps to run in the background, you will need to fix that.

The odds of malware slipping into the system during an update are slim, given how reliable macOS is. Nevertheless, you should not underestimate modern cybersecurity threats and what they can do to a computer’s performance.

Take some time to scan the system using reliable antivirus software to confirm that none of the files are corrupted. If the antivirus detects dangerous data, do not hesitate and remove it from the MacBook.

Also, as a side note, make sure that you have antivirus software active all the time so that the computer has a safety net protecting it from malware.

There are some examples of how a computer’s hardware experiences problems after an OS update. One such example is screen flickering.

If the current operating system version becomes incompatible with the video drivers, a computer’s screen might start flickering. The same thing applies to audio. Scuffed quality and some apps simply not working because of incompatibility are a pain to deal with.

Laptop accessories are something you might be able to live without, but even they are known to lead to incompatibility issues.

What should be the course of action in such cases? Well, if the OS updates went well, such problems should not exist in the first place. However, it is possible that an update failed to download and install certain drivers, meaning that you need to check for those manually.

It is bothersome to go from each driver one by one, but you might find the root of the problem by doing so.

All in all, this article should be good enough to help you figure out why your Mac runs slow after update. Take the most out of the information mentioned above. And if one of the suggestions does not bring the desired results, move to the next one until you can narrow down what is causing sluggish performance on your computer.